To Be a Christian – What does it mean? (Twenty Summary Statements) 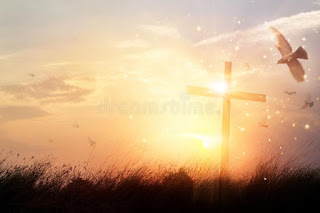 (These 20 theses were originally proposed by theologian Hans Küng in "The Christian Challenge" [1979], pp. 313-316, which in turn is based on his “On Being a Christian” [1974]. This version has been extensively revised by Julius-Kei Kato)

Yes, I know that all attempts at summarizing complex things are imperfect. But "summaries" have their own usefulness. You have to begin somewhere in order to get an idea of the WHOLE and having a sense of the whole is indeed an important thing. Only then can you begin to add and revise, subtract and challenge, and so forth. This summary of what it means to be a Christian (based on Hans Küng's proposals although extensively revised and rephrased by me) is meant to be just a "springboard" or a "working document." Do not treat it as written in stone.

Who is a Christian?

#1 [Being Human – Being Christian]  The most important thing about being human is striving to live one’s human and social life to the full in an ethical way. Being Christian is a particular way of being human that has distinctive characteristics. The Christian is someone who tries to live their human, social, and spiritual-religious life in the light of Jesus Christ. In practice, that means: following Jesus, living according to his teachings and example, and having a relationship with God through faith and hope in Jesus Christ.

#2 [The Distinctive Christian Reality]  The distinctive Christian reality then is the very person of Jesus Christ himself. Hence, the Christian has to have a good familiarity with Jesus and this starts with a good knowledge particularly of Jesus’s historical context as we can deduce from a good study of the gospels.

#3 [Being a Christian means…]  In short, being a Christian means: By following Jesus Christ, Christians in the world of today can truly live their human lives to the full. In effect, that means that Christians can love, act, suffer, and die; they can go through joys and sorrows, through life and death while being helpful to others and sustained by God in all of these.

Who is Jesus, the Christ?

#4 [Jesus as Provocative]  Jesus of Nazareth, a historical person who lived in the first half of the first century Common Era, is believed by Christians to be “the Christ” (the anointed one of God). As a historical person, Jesus was neither a priest nor a political revolutionary, neither an ascetic monk nor just a devout ethical teacher of right or wrong. He was originally from the peasant class. At a certain point in his life, he became a public figure who healed, taught, and gathered people, especially the marginalized ones, into fellowship. In his lifestyle, Jesus was “provocative” especially for those who kept the established “status quo” and “order” of the times.

#5 [Jesus proclaimed the reign of God]  Jesus did not primarily proclaim theological theories or new laws, nor did he explicitly proclaim himself (contrary to the impression we get particularly in John’s gospel). Rather, he proclaimed the coming of the “kingdom” (or the “reign”) of God. This refers to God’s cause-God’s “order”-God’s will, which—Jesus believed—would be soon realized here on earth, and which is identical with humanity’s cause (=humanity’s true well-being).

#6 [Jesus’s struggle on behalf of humanity]  For the sake of human well-being which is what God wills (Jesus labeled this “for the Kingdom of God”), Jesus was prepared even to relativize sacred institutions, law, and cult. In a deep sense, we can say then that Jesus was a humanist, who believed that humans and humanity—a humanity that is in relationship with transcendent reality (=God)--is worth struggling and even dying for.


#7 [Jesus provoked a decision for or against his message … and his person]  Jesus claimed to be the advocate of God and humans. He provoked a decision in those he encountered: not for a particular title, dogma or law but a decision for or against his good news about the nature of God and what God wants the world to be (God’s reign). But in this way, too, the question about his person was asked: Who really are you, Jesus? Some negative conclusions (against Jesus) reached by many at the time: He’s a heretical teacher, false prophet, blasphemer, seducer of the people, among others. Some people, however, began to believe that this Jesus was perhaps the messiah (the chosen one) sent by God to save the people and lead them to a true state of well-being (traditionally called “salvation”).

#8 [The God that Jesus proclaimed wills the state of SHALOM for all]  In the final analysis, the conflict centered on the question of “God” and what this God wills. Jesus did not really invoke a “new” God. He invoked the God of Israel (YaHWeH) … but understood in a fresh, exciting way, as a Father who wills that everyone experience here and now (on earth!) the state of SHALOM more completely. SHALOM (frequently translated as “peace”) means, more precisely, “the fullness of everything good.”  This state of SHALOM is the will of God for all humans, but most especially those who do not have it now: the poor, the suffering, the marginalized, and the oppressed. Justice then is a necessary component of Jesus’ message. Jesus called and related with this God in an intimate way as “Abba” (“Father” in the sense of “Dad” “Papá”).

#9 [Jesus’s Death on a Cross]  In the end though, Jesus had a shocking and violent end – death on a Roman cross, the most terrible capital punishment at the time. This was the logical consequence of Jesus’s own unique and revolutionary approach to God and humans. His violent death was the result of the clash between his vision of God’s order and that of those who had religious-political authority (both Jewish and Roman) in the Palestine of his time. These so-called guardians of: orthodoxy, the law, justice, and morality (that is, the “respectable” religious-political leaders of his time) reacted to his revolutionary and status-quo disrupting approach to God, to religion, to fellow humans, and to life by planning Jesus’s death and successfully seeing it through. Jesus’s crucifixion becomes the fulfillment of “the curse of the law,” that is, Jesus becomes the representative of lawbreakers, of sinners, and of all undesirable people in society. He died forsaken by humans and seemingly even by God (see Mark 15:34).

#10 [Resurrection]  Jesus’s death, however, was not the end of his cause. His friends eventually became convinced (through later experiences of and encounters with—what they believed was—the same Jesus who was crucified) that: The Crucified one has been vindicated (raised) by God and is now living forever with God as well as amongst us, as our hope. This is called “Resurrection Faith” in Christianity. It is the core of the Christian faith. “Resurrection” does not mean either <a return to life in space and time> or <a continuation of life in space and time>. It refers to the trusting faith that Jesus, who died in a terrible way because he fought for what was right and just (“the Reign of God”), STILL LIVES! After his death, Jesus returned to God, was vindicated and exalted by God as the firstfruits (a foretaste) of what is going to happen to all humanity and all creation when the reign of God finally becomes perfectly established on earth.

#11 [Resurrection and the New Creation]  The resurrection faith, therefore, is not a mere “addition” but a radicalizing of faith in God: a firm hope that the ONE who is the source of all, continues to work despite everything at re-creating everything for good, especially through the struggles and sacrifices of God’s friends, and in a particularly way, through God’s son, Jesus, “the Christ” who is the firstfruits of the new creation.

#13 [The Community of the Church]  The emergence of the Christian Community (aka, “the Church”) can be explained only in the light of Jesus’s followers recovering their faith that Jesus, crucified ignominiously on a Roman cross, has been vindicated by God through the resurrection. The Church of Jesus Christ is no other than the community of people who have committed themselves to the cause of Jesus Christ and bear witness to it as the hope for all.

#14 [“Catholic” and “Protestant”?]  The distinction between "Catholic" and "Protestant" today no longer lies in particular doctrinal differences but in the diversity of basic attitudes which have developed since the Reformation but which can now be overcome in their one-sidedness and integrated into a true ecumenical community of different believers in Jesus with different “styles” and “expressions” of faith yet remain one in the essential factor of following Jesus and being committed to Jesus’s cause.

Who acts as a Christian?

#16 [Following of Christ – the distinctive Christian Way of Life]  The distinctive feature of Christian action, therefore, is the following of Christ. This Jesus Christ is in person the living, archetypal embodiment of his case: embodiment of a new attitude to life and a new way of life. As a concrete, historical person, Jesus Christ possesses human concreteness which is missing in an eternal idea, an abstract principle, a universal norm, a conceptual system.

#17 [The very person of Jesus, the Christ, as the Christian Way of Life]  The very person of Jesus himself then is the embodiment of a view and practice of life for contemporary humans – a way of life that could be realized in many ways. Both positively and negatively he is in person an invitation ("you may"), an appeal ("you can"), a challenge ("you should"), for the individual and society. He makes possible in concrete ways a new basic orientation and basic attitude, new motivations, dispositions, projects, a new background of meaning and a new objective.

#18 [Jesus is the THE norm for the Christian Community]  For the Church, too, Jesus must remain the authoritative standard (“norm”) in all things. The Church is credible only when it follows in his way as a provisional, serving, flawed yet determined Church. At all times practical consequences must be drawn from this for constant internal church reform and for ecumenical understanding.

#19 [The Cross and the Sufferings of Life]  It is particularly in coping with the negative sides of life that Christian faith and other non-Christian religions and humanisms have to face their acid test. For the Christian the only appropriate way to cope with the negative is in the light of the cross. Following the cross does not only mean cultic adoration, mystical absorption, or ethical imitation. It means believing in and living the “Paschal Mystery,” trusting that the cross leads to the resurrection.

#20 [Faith as a “Yes” to the Fundamental Goodness of Life and Humanity]  When we look to the crucified Jesus, we can grasp that the ultimately important thing for humans is not one’s own personal achievements (this may be what Paul meant by “justification by works”), but one’s humble trust in God, both in good times and bad. This is what faith is – It is a “yes,” a trusting faith in the fundamental goodness of reality, of life, of humans situated in this fragile earth which is worth continuing and fighting for (this could be an interpretation of “justification by faith”).

Julius-Kei Kato
I try my best to practice the Buddhist principle (through Thich Nhat Hanh) that to treasure life's every moment in mindfulness is the key to profound happiness. Here's my effort to be mindful of life's every "ippo" (step). I'm a proud hybrid (Filipino-Japanese-Canadian). Grew up in Manila. Lived for periods of time in Tokyo, Rome, Jerusalem, Berkeley (California). I now live in Ontario. For a long time, I was an insider to organized religion. Now I keep some distance but continue to acknowledge organized religion's value. I believe more emphasis should be placed on a spirituality that fosters life, love, compassion, justice & peace, sustainability. I teach Religious Studies to undergraduates.